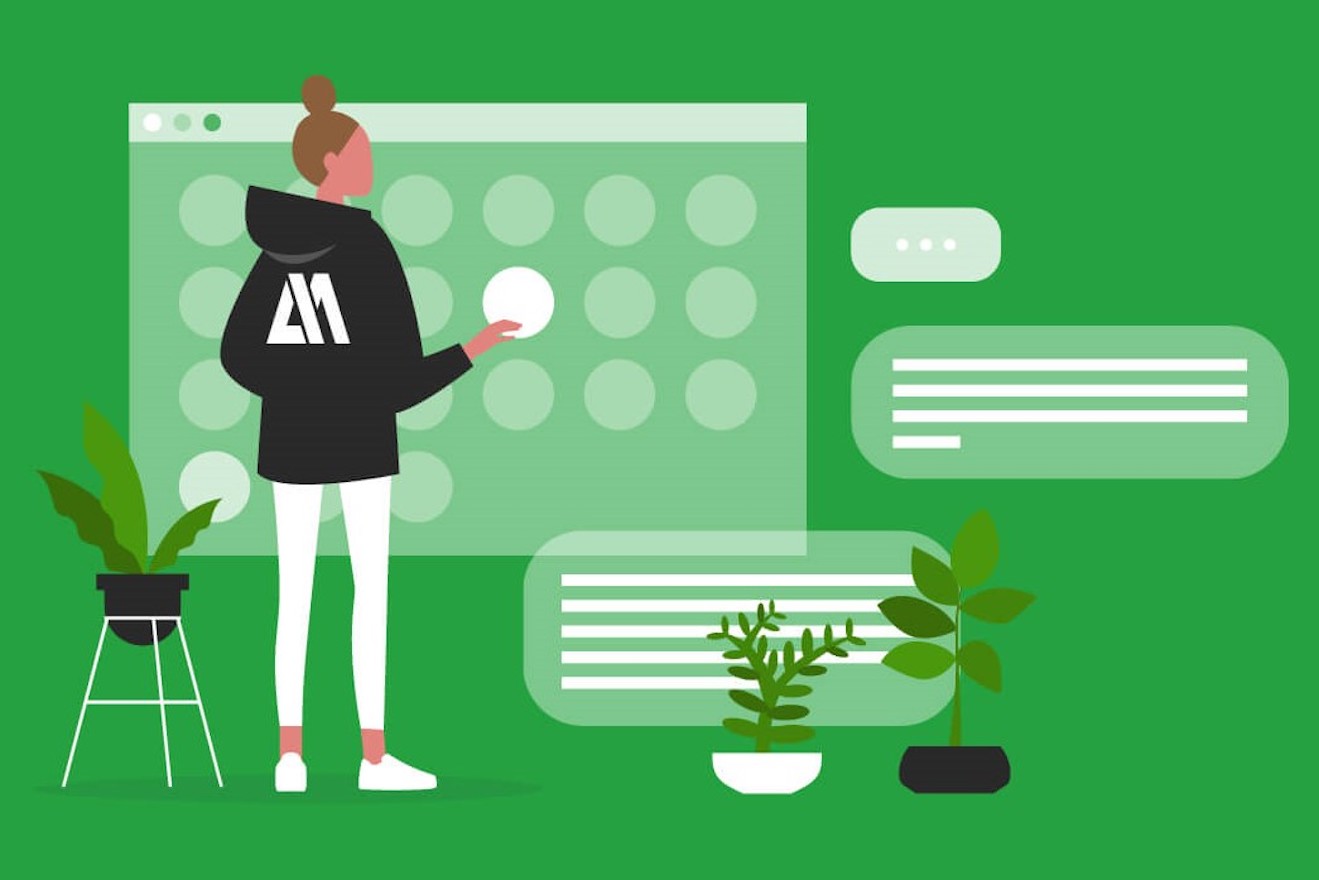 ‘An article, on our roadmap? Are you mad?’ When James (Byrne, CEO) asked for this to be written, eyes widened and gasps were heard. Software development times are infamously hard to predict and promising things too early can get us into trouble.

When we saw the final list, however, we had to agree – it’s too good not to share. Most of these features have been requested, voted on, or downright demanded by our users and prospects. So we hope one or two will put a smile on your face. While we can’t give you exact dates, rest assured that these new features will be released as early as possible this year.

There’s more where this came from

This isn’t our entire roadmap for 2021, just features we’ve already started – or are already in testing. We also haven’t included things like general speed improvements and minor updates. Just the big stuff. There’s more to come.

Here are the headlines:

AM confirms integration with Sage

A full-blown workflow coming soon to AM

Zapier, GoProposal… the integrations keep on coming at AM

2021: The year of integrations

Instead of the year of the pig or the rat, it’s more like the year of the spider or the octopus at AccountancyManager this year – with no less than eight integrations or integration improvements coming your way. These include but aren’t limited to…

We released phase one of our QuickBooks integration last year. Our upcoming release completes the integration, adding invoicing to the existing sync. This will work in both directions, so you can create your invoice in either system and send it from the other. Changes made in AM will show up in QuickBooks and vice versa.

On the whole, we’d rather integrate directly with other software as it gives us more choice in what data can flow between the two. But we’ve given in to the (rather loud) demands of our users and prospects to integrate with Zapier. This opens up a whole world of possible connections – especially with the likes of Practice Ignition. Josh, our Development Team Lead, adds “We’ll be releasing a basic version of Zapier first, then improving on it from customer feedback.” So as always, give it a try when it arrives and let us know what you think.

This is good news for AM users, as it makes a currently tricky process a lot easier. When you send automated emails from AccountancyManager, they look like they’ve been sent from your normal work account. This new integration means, if you use Office365, you won’t need to enter SMTP details or go and change settings in Office365 before you start sending emails. Instead there’ll just be one click and you’re done.

When connecting Office365 with AM, you’ll also have the option to automatically create the forwarding rule into AM. So when emails come into your Office365 account, they’ll also come straight through into AccountancyManager too – and show up on your Client Timeline.

The other day, James proudly sent us a picture of his Sage swag, officially launching our exciting new partnership. Our integration with Sage will allow you to sync contact/client data between Sage and AccountancyManager – in both directions. There may be further additions to this integration to come, so watch this space…

We think our onboarding process is pretty darn good, but we understand if you’d rather use GoProposal. In fact, we’re going to make it a lot easier for you. With this integration, once you’ve created your prospect in AccountancyManager, you can instantly bring their information over to GoProposal, to send your proposal and engagement letters. Or you can use GoPropsal for your pricing and proposal and AccountancyManager for your automated onboarding process including automated reminders, HMRC 64-8 agent authorisations and AML/Risk process.

This has been a popular request from our users. Currently, when an accountant or bookkeeper’s client logs onto their portal, the sign in page and portal itself has an AccountancyManager web address (URL).

White-labelling the portal means the URL will show your practice’s name, for example: portal.yourpracticehere.co.uk. You’ll also be able to completely remove references to AM and update the portal with your branding to ensure the colours, font and styles match your website, giving your clients a more consistent experience – and making it look like you’ve built the portal yourself.

We are improving the speed of the task list for those accountants and bookkeepers with thousands and thousands of clients. This improvement is a crucial step in preparing AM for one of the biggest – and coolest – new features this year. Drumroll please…

Apart from integrations this is certainly the biggest news of our coming year. We’ll go into more detail when the project nears completion, but briefly, with the new workflow you can turn an existing automated task, or manual task, into a fully broken-down process involving different people across your practice. (And you thought the ‘Target Dates’ release was good.)

In 2020 we added the hugely popular ‘pause’ feature to our time logs, so when you’re tracking your time, you can hit pause and restart the timer. That was just the beginning. Now we’re refreshing the way our whole time tracking, work in progress and fees section works, giving you much more ability to filter, sort, generate reports and budget within AccountancyManager.

Forward emails from the Client Timeline

This is one of those improvements that sounds small, but is super useful when you come to need it. It’s for when a client can’t find an email you’ve sent them (or claims they haven’t received it). Simply go to their timeline, scroll down or search for the email, then hit one button to ping it over to them again – with the original sent date included.

No response after four record requests? Get a notification.

If AccountancyManager has already sent four automatic record requests to a client – and you still haven’t received what you need – you’ll get a notification. Then you can chase the client up with a manual (more strongly worded) email, phone call or text (SMS) message.

Easily get new letters of engagement resigned – every 12 months

We’re making it a lot easier for you to send new letters of engagement to your existing clients every 12 months. When we make this improvement, you’ll simply click a button which removes the date from the Letter of Engagement Signed field and automatically generates an email asking the client to login and resign their LoE.

To start your free 30-day trial
Visit our website 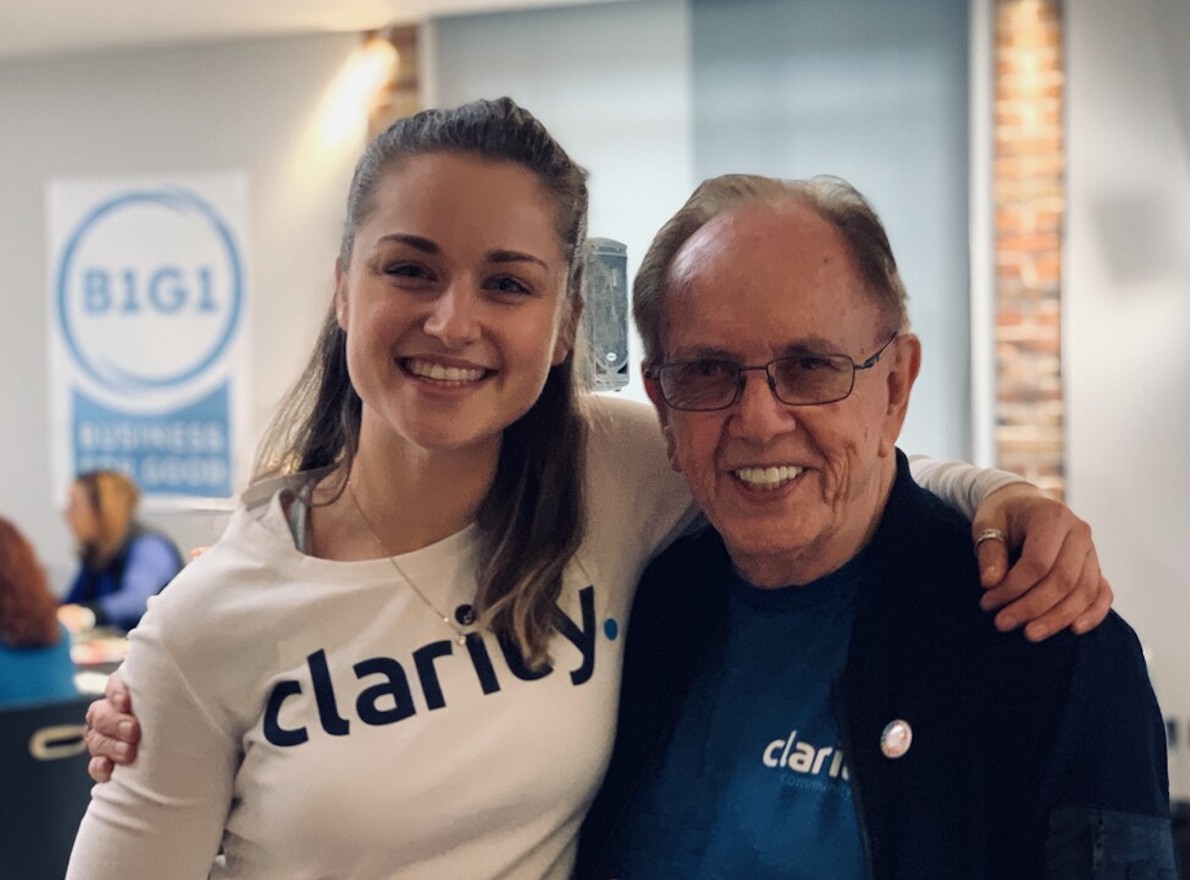 Tools to help you build an awesome business