Recently, Rishi Sunak confirmed the latest details of the Treasury’s Furlough Scheme, first announced on 12 May. The scheme has been in place since March and will go on until October to help support businesses. However there are a few staggered changes to employers’ contributions starting from the beginning of July. Furloughed team members will be able to return to work on a part-time basis from this date as the government moves towards bringing the country back to work.

You may be one of the 1 million UK employers currently using the scheme to avoid making redundancies. At the moment you may be more concerned about revenue and customers, and what new products or services you can build. But as the terms of furlough are altered, it’s crucial you’re up to date on what you’re allowed to ask employees to do and how much of their wages you’ll be asked to pay yourself.

Let’s take a look at the most recent changes and what they mean to your bottom line – along with how to balance necessary redundancies.

What’s new and what will it cost me?

The latest figures, published weekly by the ONS, show that 8.4 million people have so far been placed on furlough by their employers, costing the government £15 billion. Another 2 million people are included in the scheme to support the self-employed. The cost of extending the scheme to October has been forecast to reach £84 billion according to the Office for Budget Responsibility.

The Treasury wants furloughed workers to go back to work part-time to help restart the economy and to avoid a sudden wave of redundancies. When the update was first announced, we were told that the government would foot the bill for 60% of a furloughed worker’s salary instead of the current 80%. In fact the package appears more generous now, if not quite so straightforward.

From July, furloughed staff will be allowed to return to work on a part-time basis, with the government still covering 80% of their salary. It’s completely up to you how to define part-time.

From August though, you’ll need to start paying National Insurance and employer pension contributions for every furloughed employee while the government grant continues to cover 80% of their salary. For most employees, that’s around 15% of their monthly salary.

Things are a little more complicated. As soon as furloughed employees start doing part-time work for you, you’ll be asked to pay 100% of their gross salary for the time they spend working. The government will pay a percentage for the time they aren’t working. That’s 80% in July and August, then 70% in September and finally 60% in October when the scheme ends. The maximum cap will also be reduced to £2,190 and finally £1,875.

The Government will announce further information, including how to calculate and claim for part-time work, on 12 June.

How will it work?

The update is meant to be beneficial to businesses in its flexibility. If work hasn’t dried up entirely, paying your employees to work one or two days a week, and having the government subsidise the rest, may be a great way to help those who’ve had to take on extra work. The big question, really, is can you afford it?

Employers will have to declare how many hours people have worked each month. When you’ve decided this, you’ll be able to work out how much you must contribute. You have no obligation to bring back all your furloughed employees for the same amount of part-time work. Furloughed workers across all sectors will all receive 80% of their salary, it’s only your contribution that will vary.

If you’re caught lying about the amount of time worked or fail to pay your share of the wages, you’ll be committing fraud and possibly breaching your employment contract with those members of staff. In its first month, HMRC received 800 reports of furlough fraud. Employees have every right to report abuse of the scheme and employers will be prosecuted.

What should I do?

These costs will force you to decide whether to sack or bring back your furloughed staff part-time. By keeping someone on furlough, you’re suggesting that they have at least the prospect of a job to return to in the next few months. While the first scheme was implemented to avoid mass redundancies, this one looks like it’s made to stagger them.

Ask yourself what you can afford and who you’re likely to need when you think your business might stabilise. Calculate the cost of each furloughed worker’s salary you’ll have to contribute per month and decide if you’re able to cover that.

It’s unclear how well policed the ‘part-time’ aspect will (or can) be, but to avoid any fraud charges, start by being realistic about who you’re prepared to pay for and how much work there is for them to do.

Be clear and honest

Clarity with your team is key. You’ll likely have some really tough decisions to make, but the most important thing you can do to maintain trust from your employees is to be as open as possible about their future working for you.

Keep your decisions transparent and give staff a voice while they’re on furlough. Communicate with them as you make your decisions about their status once the new rules kick in. This is an unsettling time for people whose jobs have effectively been put on pause. Staying in contact is really important to reinforce confidence, so make sure you or another appropriate senior member of the team is checking in.

Keep a record of your contact via email to make sure there are no misunderstandings, but try to discuss these updates with them via phone call first to explain what’s going on. If you’re staying in touch then it’s worth bringing this up sooner rather than later so they have time to plan or adapt.

Encourage other employees to keep them in the loop too. If they’re comfortable, suggest including them in your team socials or weekly meetings so they don’t feel like they’re one step away from being laid off. Unless you reassure them otherwise, it’s likely they’ll be assuming you’re going to make them redundant.

Is it fair to make people redundant during a pandemic?

If you decide that you can’t afford to foot your share of the bill for furloughed staff come August, make sure that’s clearly explained – and true. The scheme is designed to avoid redundancies, so if it’s not critical that you let someone go, they may have grounds for legal action for unfair dismissal. The redundancies you need to make must be reasonable.

What redundancy rules are there during a pandemic?

If you’re making over 20 people redundant, you’ll need to organise a collective redundancy consultation. For up to 100 planned redundancies, the consultation period has to last at least 30 days, and if it’s over 100 then this increases to 45 days.

If this affects you, you’ll need to start thinking about the consultation period very soon to make sure it’s in place before the current scheme ends on 31 July. If you don’t, you’ll have to pay staff after the scheme ends. Under the job retention scheme, you’re unable to claim back redundancy payments or payments in lieu of notice.

The consultation process is the same according to government guidance, but you’ll need to go about it very differently. You’ll need to elect employee representatives if there’s no existing body to do this. People on furlough can be elected, and the way you organise it will have to be virtual.

COVID-19 is not considered a ‘special circumstance’ for not carrying out the required collective consultation. As an employer you need to take reasonable steps to comply. Video calls or voice calls are a better option to consult staff individually as they may not be picking up work emails. It’s also the decent thing to do when delivering news like this.

What if you’re hiring other roles?

COVID-19 has had a vast impact across every sector, and the needs of your business have most likely changed. For some employers, although they’ve had to furlough employees, they may need to hire new people to help in certain areas of the business that require specialised skills.

This is obviously a sensitive area and needs to be done delicately. If you’re simultaneously furloughing and hiring, make sure you’re clear with your furloughed colleagues that you need to bring on these new roles for specific reasons. Emphasise that this is a way of helping you bring back the whole team together. Communicate as clearly and empathetically as you can.

Mass redundancies could be a good thing

The negative aspects of redundancies can’t be ignored. For businesses that have recently scaled up and enjoyed growth, this will come as a huge blow. However, the instability that comes from so many people leaving companies at once has the potential to breed real innovation.

Organisations themselves could feel the upside of such a massive shake up, as well as the new businesses that will be born from this moment. Movement is, sometimes, a good thing. You’ll learn the best ways your business can operate as we navigate disruption.

It’s up to what you can afford

The biggest worry for everyone right now is the instability and unpredictability of our working lives. The Institute of Directors has warned that a quarter of its members who are using the furlough scheme won’t be able to afford making any contribution to furloughed workers’ wages and risk going bust.

As we ask ourselves whether the job retention scheme was simply a mechanism to avoid an initial huge wave of redundancies, it’s every employer’s job now to work out what they can afford to pay when August arrives.

Tough decisions need to be made, but don’t forget your priority as an employer is to make sure these are clearly and fairly explained. 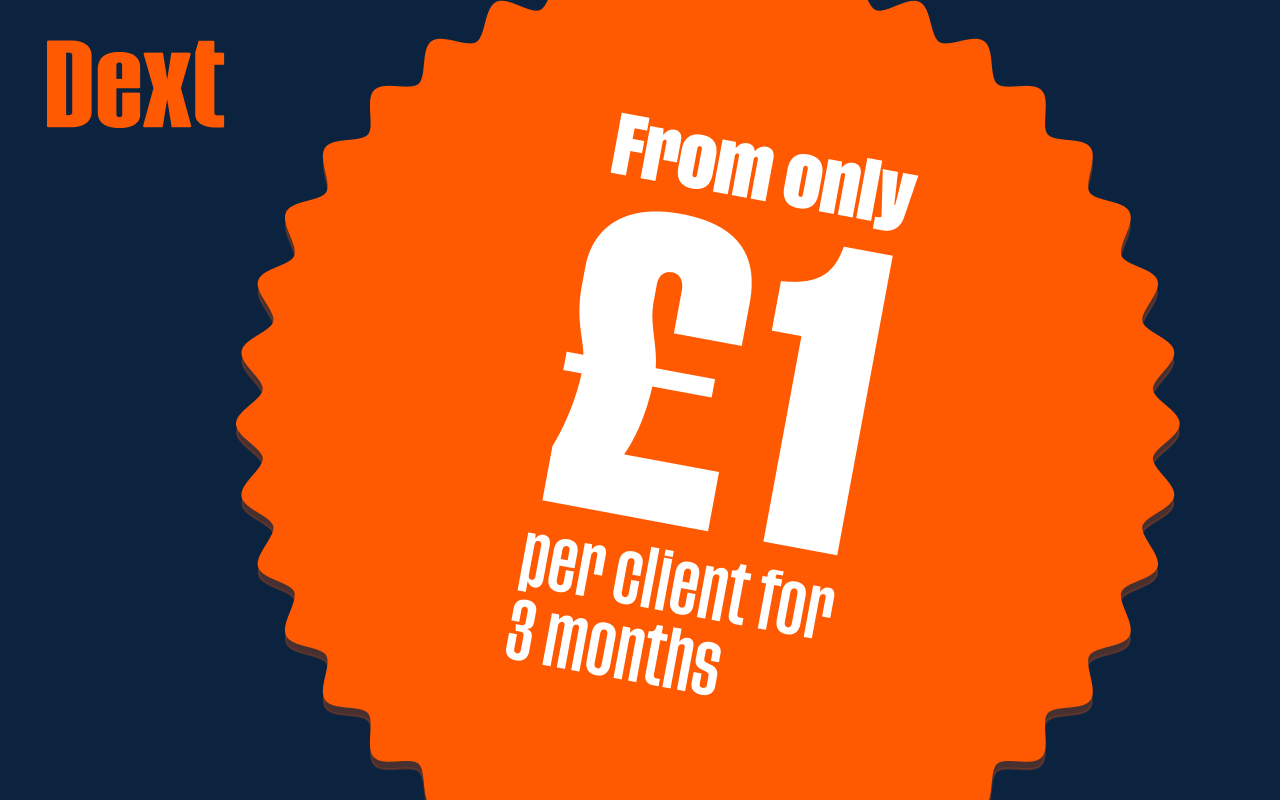 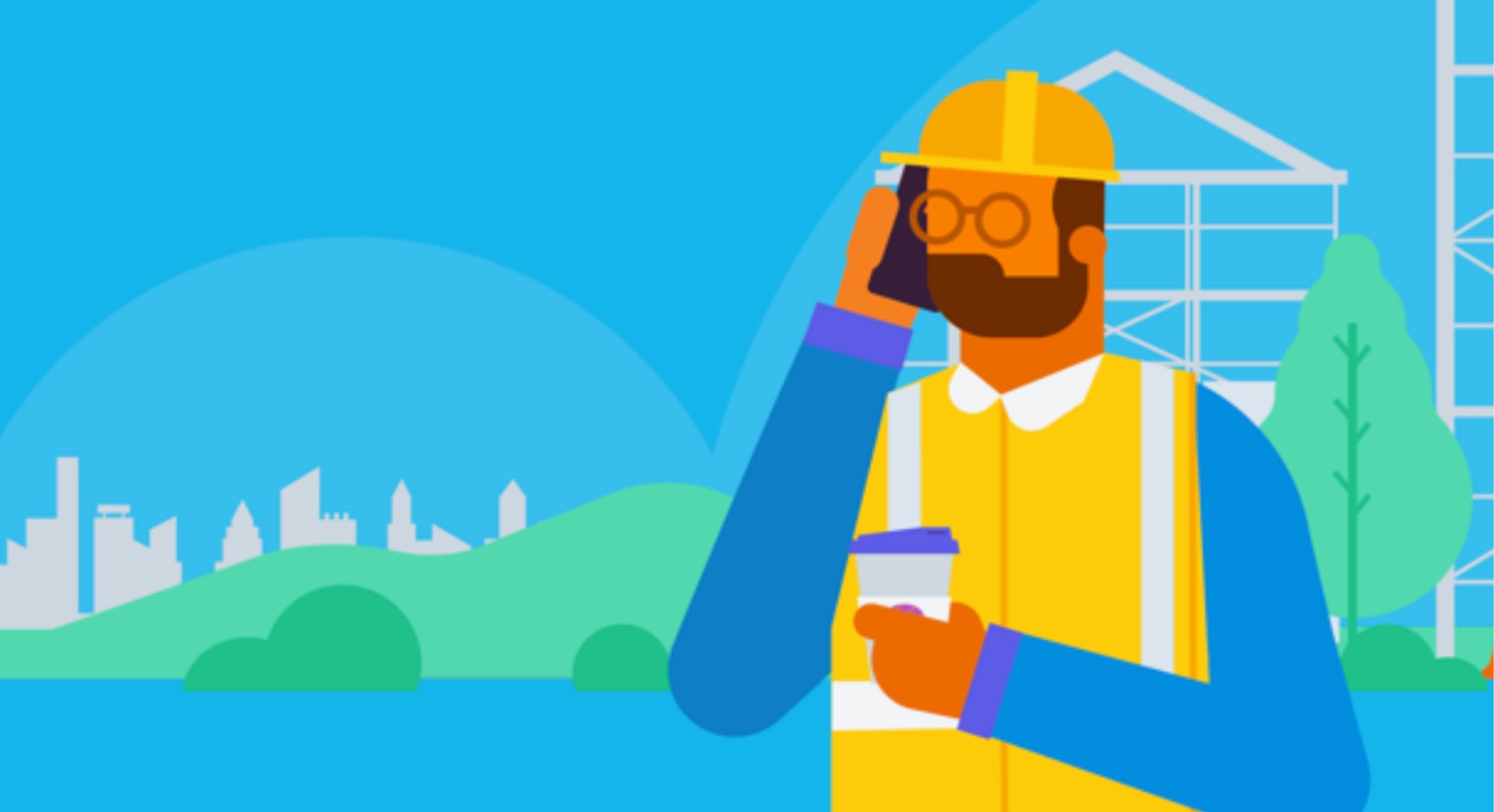 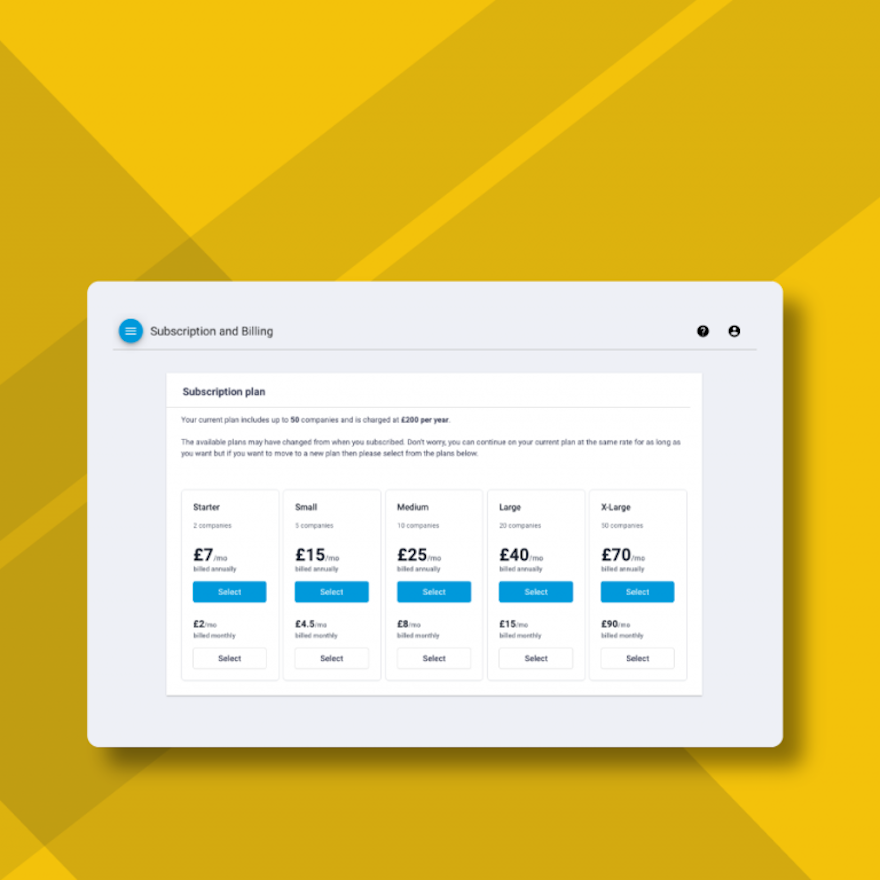 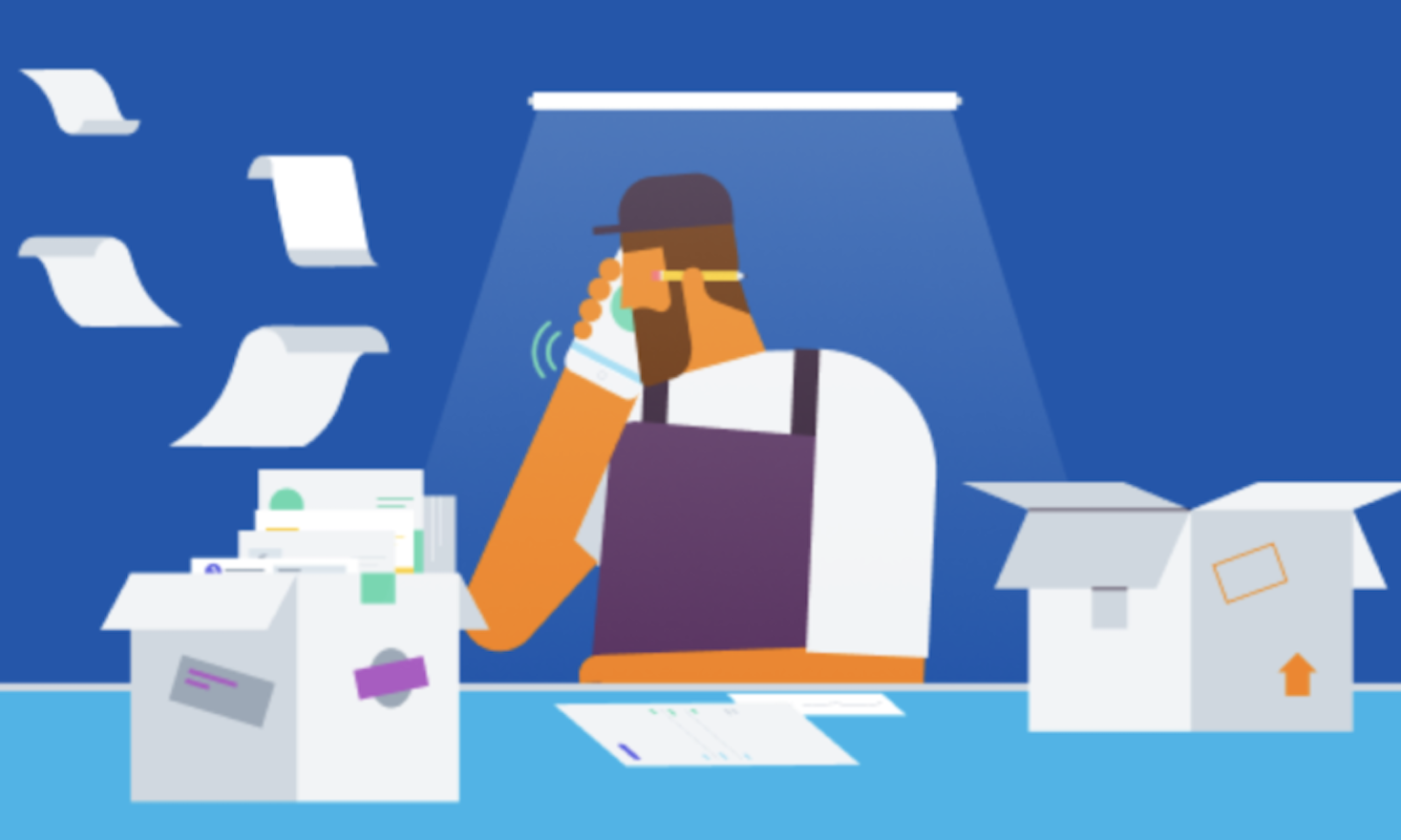