The Slow Road to Automation 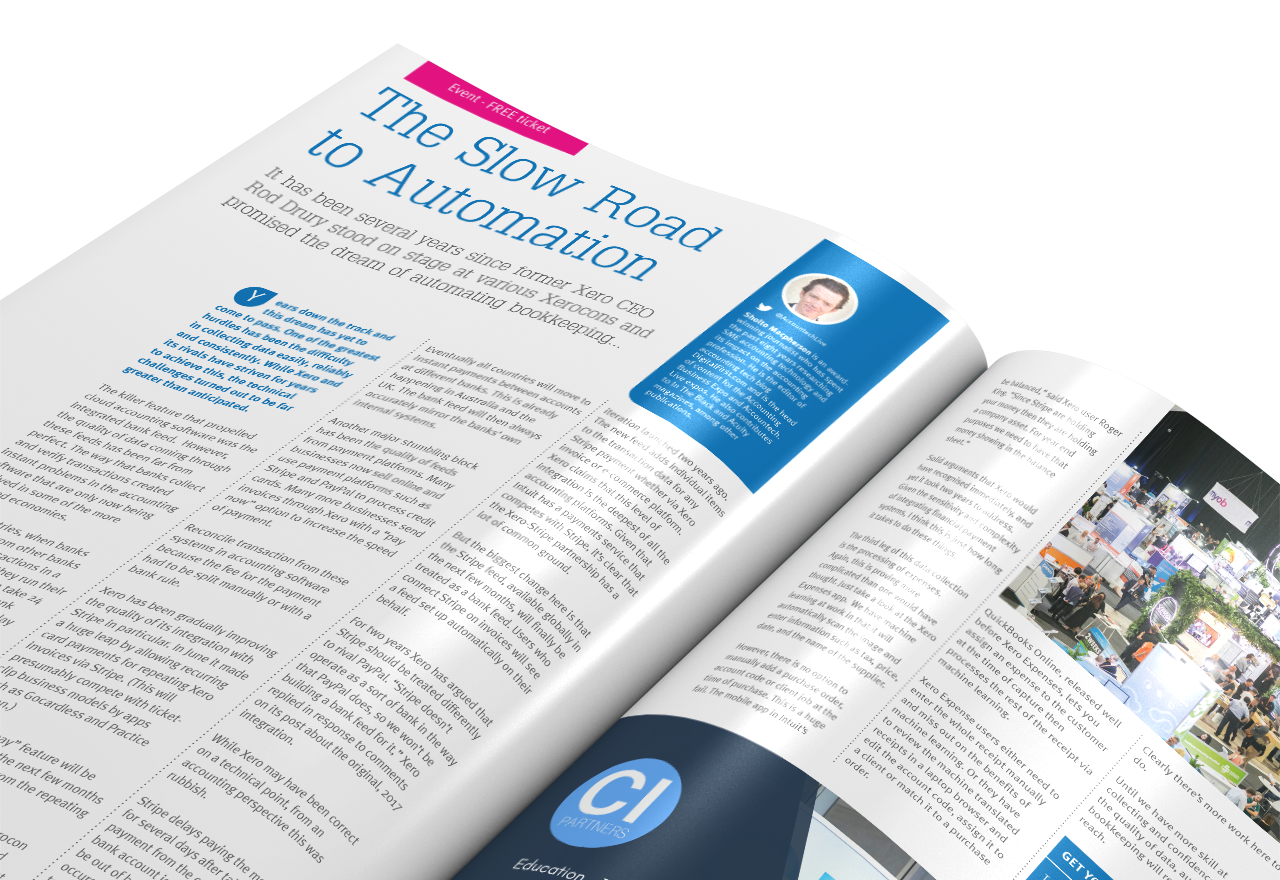 Years down the track and this dream has yet to come to pass. One of the greatest hurdles has been the difficulty in collecting data easily, reliably and consistently. While Xero and its rivals have striven for years to achieve this, the technical challenges turned out to be far greater than anticipated.

The killer feature that propelled cloud accounting software was the integrated bank feed.  However, the quality of data coming through these feeds has been far from perfect. The way that banks collect and verify transactions created instant problems in the accounting software that are only now being resolved in some of the more advanced economies.

In many countries, when banks receive money from other banks they place the transactions in a pending status while they run their checks. These checks can take 24 hours or more and so the bank feed has to decide how to display these pending transactions in the accounting software.

This is one reason why accountants and bookkeepers are still reconciling against bank statements. The monthly bank statement is a historical document that shows everything that has been processed by the bank, rather than the more complicated real-time view. It takes into account all of a bankís decisions on pending, approved and rejected transactions.

Eventually all countries will move to instant payments between accounts at different banks. This is already happening in Australia and the UK. The bank feed will then always accurately mirror the banks’ own internal systems.

Another major stumbling block has been the quality of feeds from payment platforms. Many businesses now sell online and use payment platforms such as Stripe and PayPal to process credit cards. Many more businesses send invoices through Xero with a “pay now” option to increase the speed of payment.

Reconcile transaction from these systems in accounting software because the fee for the payment had to be split manually or with a bank rule.

Xero has been gradually improving the quality of its integration with Stripe in particular. In June it made a huge leap by allowing recurring card payments for repeating Xero invoices via Stripe. (This will presumably compete with ticket-clip business models by apps such as Gocardless and Practice Ignition.)

This “auto pay” feature will be available over the next few months and is activated from the repeating invoice screen.

Xero also announced at Xerocon San Diego in June a new data feed from Stripe, improving on the first iteration launched two years ago. The new feed adds individual items to the transaction data for any Stripe payment whether via Xero invoice or e-commerce platform. Xero claims that this level of integration is the deepest of all the accounting platforms. Given that Intuit has a payments service that competes with Stripe, it’s clear that the Xero-Stripe partnership has a lot of common ground.

But the biggest change here is that the Stripe feed, available globally in the next few months, will finally be treated as a bank feed. Users who connect Stripe on invoices will see a feed set up automatically on their behalf.

For two years Xero has argued that Stripe should be treated differently to rival PayPal. “Stripe doesn’t operate as a sort of bank in the way that PayPal does, so we won’t be building a bank feed for it,” Xero replied in response to comments on its post about the original, 2017 integration.

While Xero may have been correct on a technical point, from an accounting perspective this was rubbish.

Stripe delays paying the merchant for several days after taking the payment from the customer.  “Your bank account is always going to be out of balance until that payout occurs – and since we could be taking payments every day then the bank account is never going to be balanced,” said Xero user Roger King. “Since Stripe are holding your money then they are holding a company asset. For year end purposes we need to have that money showing in the balance sheet.”

Solid arguments that Xero would have recognised immediately, and yet it took two years to address. Given the sensitivity and complexity of integrating financial payment systems, I think this is just how long it takes to do these things.

The third leg of this data collection is the processing of expenses.  Again, this is proving more complicated than one would have thought. Just take a look at the Xero Expenses app.  We have machine learning at work in that it will automatically scan the image and enter information such as tax, price, date, and the name of the supplier.

However, there is no option to manually add a purchase order, account code or client job at the time of purchase. This is a huge fail. The mobile app in Intuit’s QuickBooks Online, released well before Xero Expenses, lets you assign an expense to the customer at the time of capture then processes the rest of the receipt via machine learning.

Xero Expense users either need to enter the whole receipt manually and miss out on the benefits of machine learning. Or they have to review the machine translated receipts in a laptop browser and edit the account code, assign it to a client or match it to a purchase order.

Until we have more skill at collecting and confidence in the quality of data, automating bookkeeping will remain just out of reach. 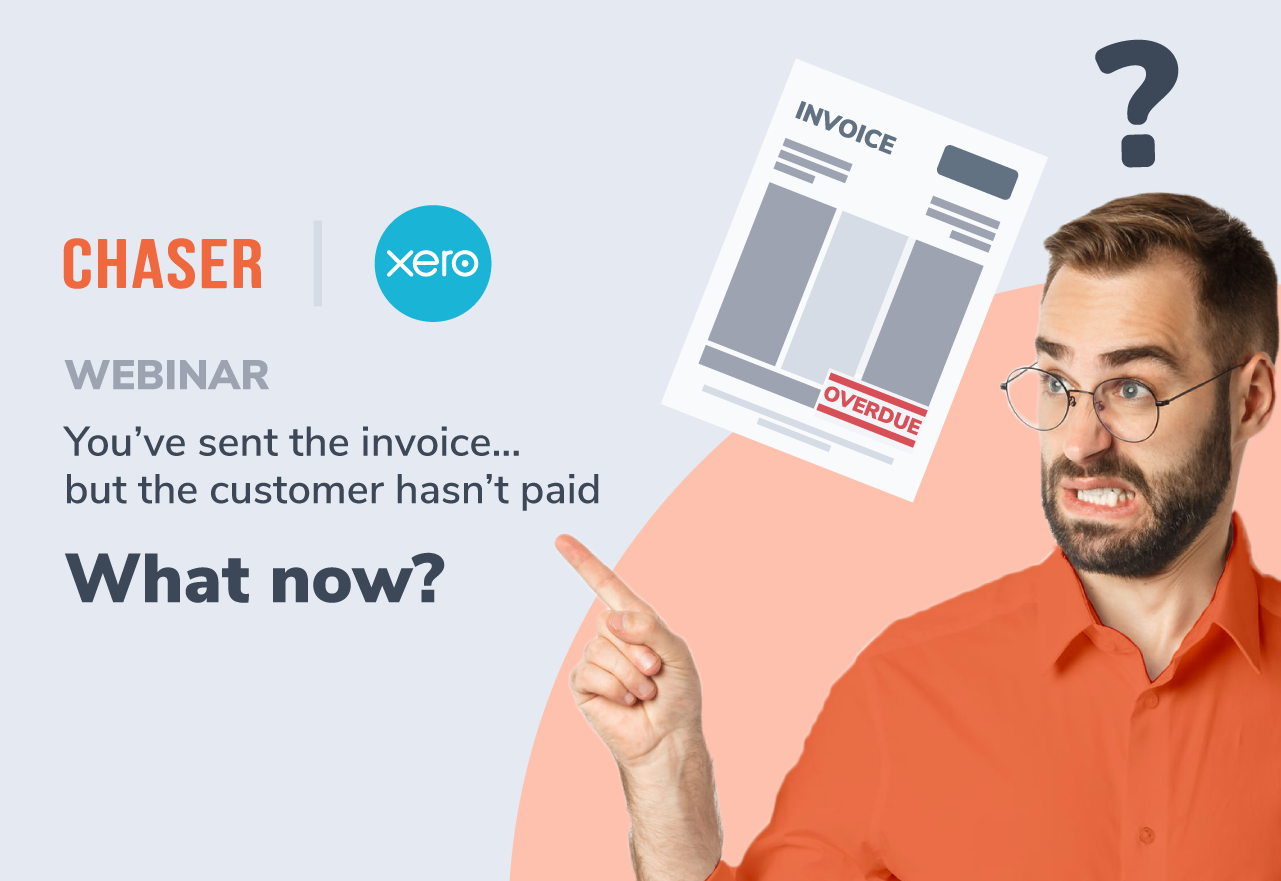 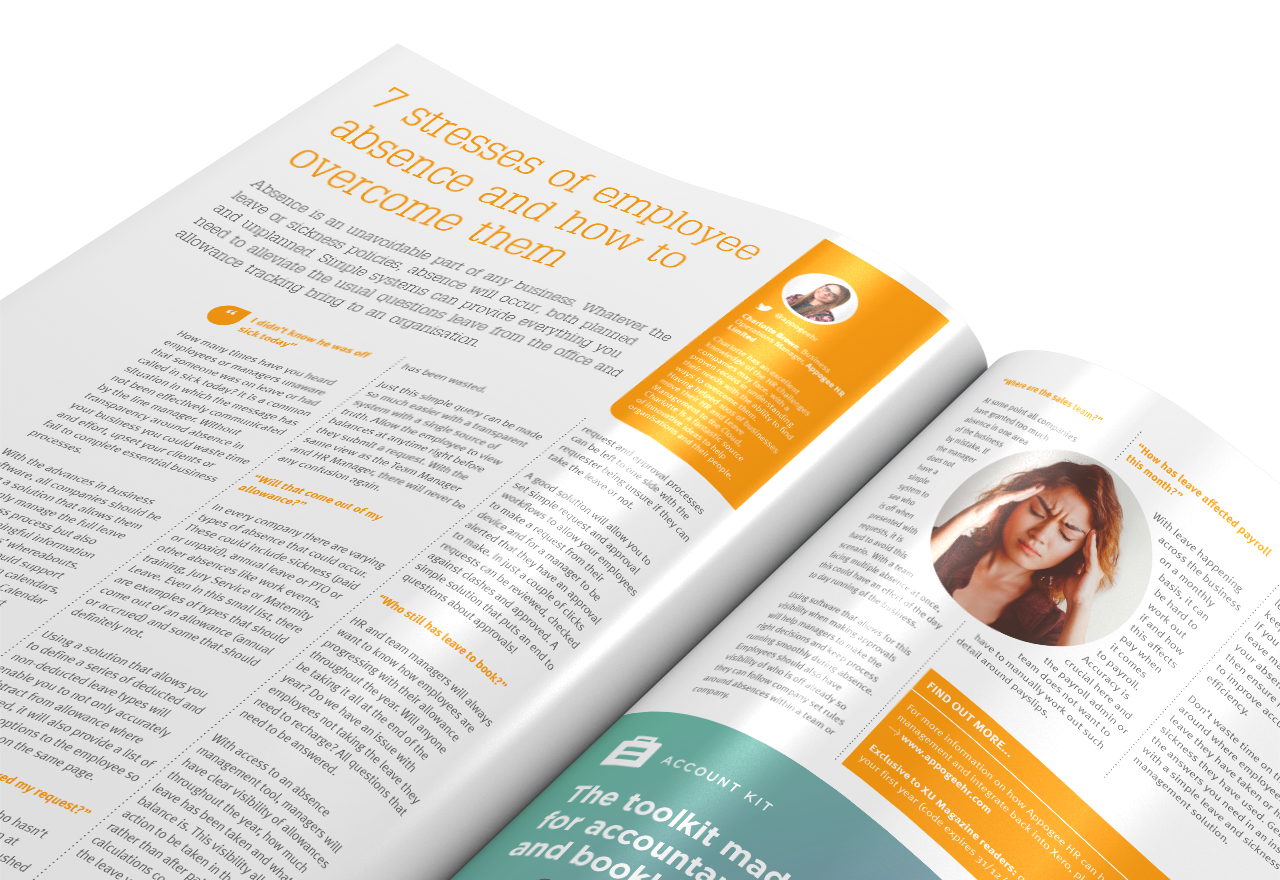 7 stresses of employee absence and how to overcome them 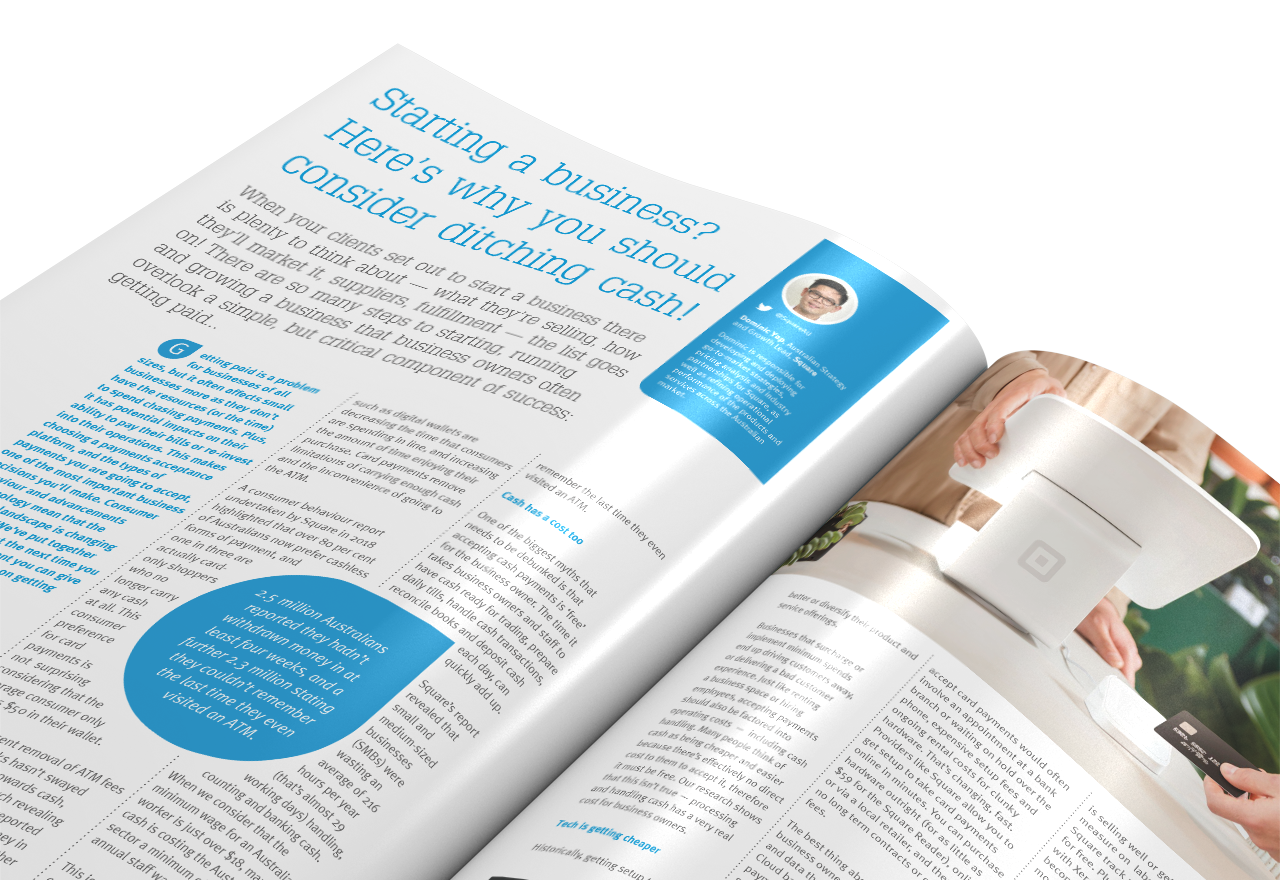 Starting a business? Here’s why you should consider ditching cash! 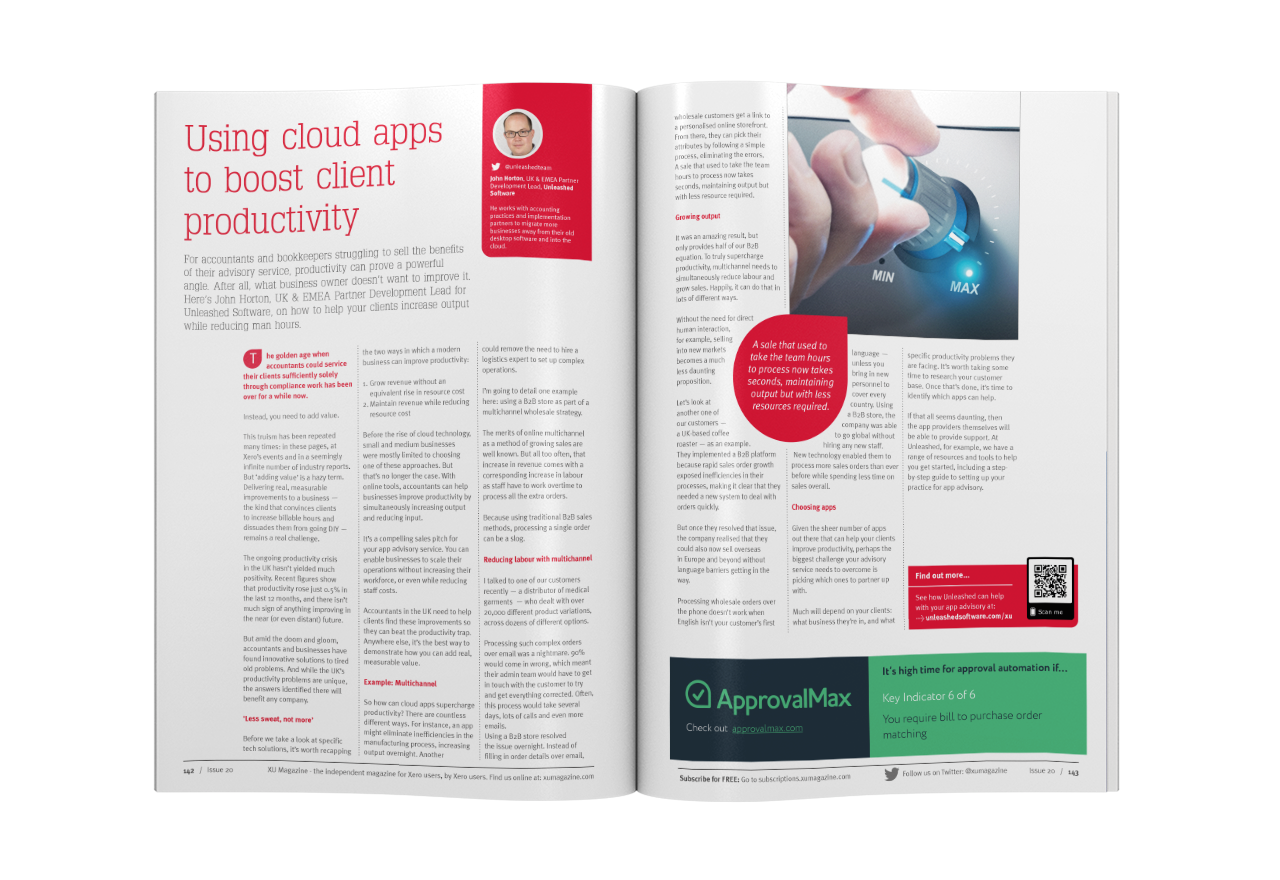